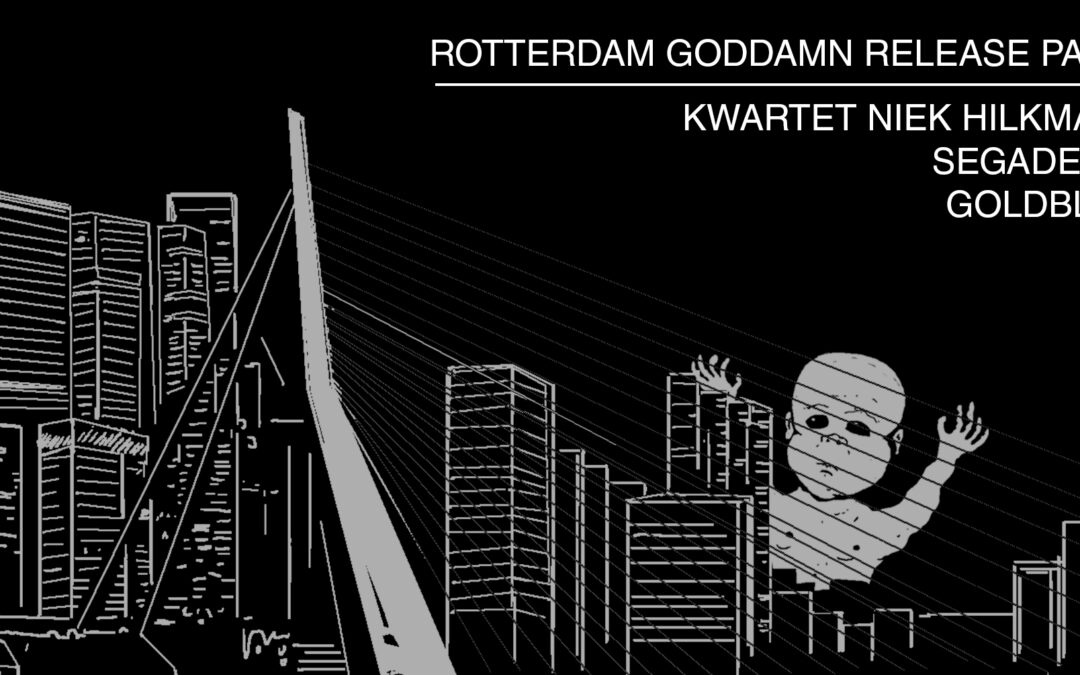 After a successful crowdfunding campaign, this December saw the release of ​Rotterdam Goddamn: an outsider’s testimony​, a book by Jasper Willems. In it, Willems describes his personal experience in the Rotterdam scene over the last ten years, laying down an underappreciated piece of music history for future generations. And a book that tells the story of so many unforgettable nights has to be celebrated accordingly.

On January 22, Front present the official release party for ​Rotterdam Goddamn ​at Roodkapje with performances by Kwartet Niek Hilkmann, SEGADEATH and Goldblum (dj-set).

SEGADEATH is the electro/ambient project of ‘local synth hero’ Joris Frowein, who, over the years, has made a plethora of appearances in Rotterdam projects.

Goldblum is the latest creative outlet by ceaseless experimentalists Michiel Klein and Marijn Verbiesen. Even in their dj-sets, they’re constantly exploring the boundaries of the format.