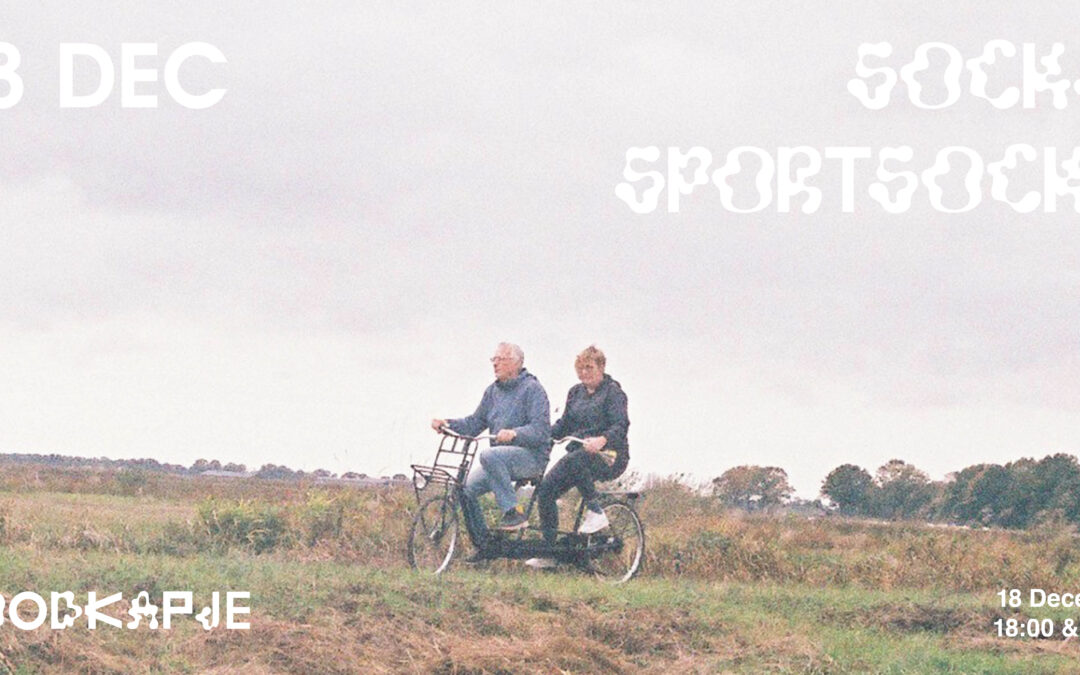 Socks; SportsSocks is a brand new indie ambient punk band from Rotterdam. The band was already selected for the Popronde and the boys played at Misty Fields.

They will release their debut EP “People singing about people” on December 11. On December 18 they will present this EP with a release show in Roodkapje, to end the fantastic year 2020 in style.

With singles such as “Afterparty” and “People Get Around”, they sing about the ironic existence of a twenties in the year 2020. “People singing about people” was recorded entirely by the band itself and produced in the different bedrooms of the band members. As with almost every indie-ambient-punk band nowadays, the EP will be released on cassette and via the well-known internet. The band sounds like a combination of Mac Demarco and the Belgian dEUS according to some, but mainly like themselves, according to the band itself. Judge for yourself and stick your label on the tape during the release show and get your walkman from the attic.

Roodkapje is hosting live shows in their Exposition Hall. Expect a fully Corona proof sitting-down concert. Please note: No bar open. Roodkapje is doing everything to live up to the Corona measures. Please bring a face mask and do not bring any food or drinks to a concert.