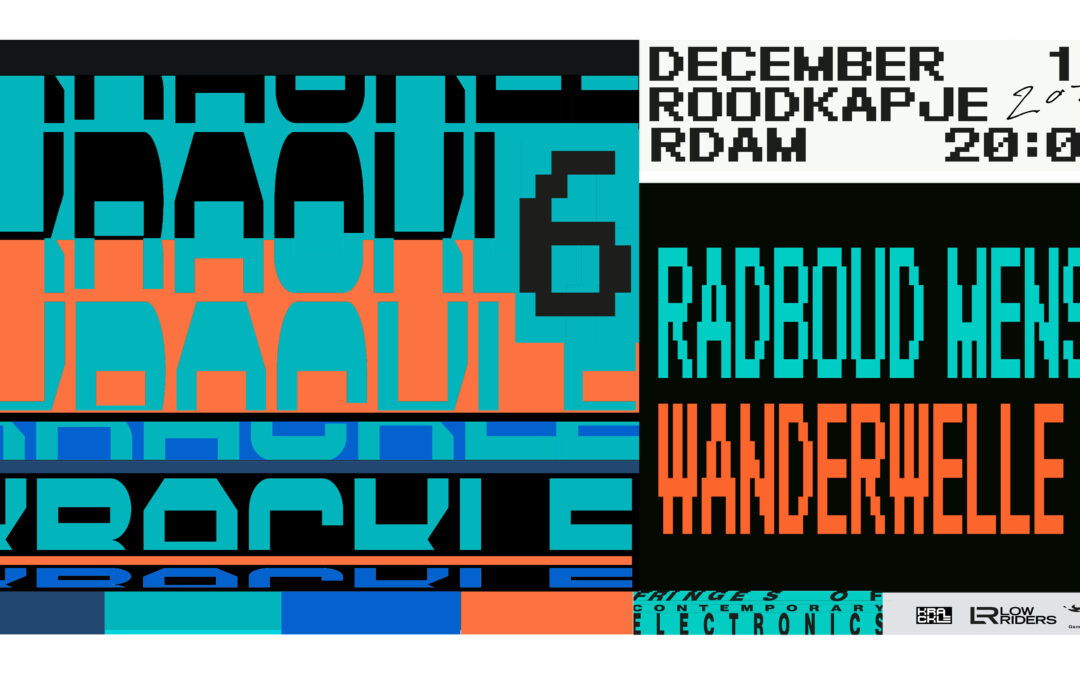 Amsterdam-based Wanderwelle is an electro-acoustic duo with Phil van Dulm & Alexander Bartels. They will be releasing their fifth full-length album early next year.

The sacred atmosphere they create with this new release is the basis of their live set at Krackle. When you listen to the album ‘A State Of Decrepitude’ released earlier this year, you have a preview of what will come out: Long drawn-out tension arcs, dreamy ambient with drone elements.

Radboud Mens is a sound artist, composer and sound designer. He started creating noise machines in 1988. in the early 90’s he attached contact mics to dog’s brushes. He used them to destroy vinyl records by scratch-playing, boosting the signal through broken cassettedecks and recording the results. From 1997 on he has released over 20 solo albums, music that is more minimal and conceptual.

Together with Geert-Jan Hobijn he forms the audio-art collective Staalplaat Sound System. They create sound-art installations and perform with them, usually outside of a museum, in an immediate environment or industrial settings, urban public spaces or in nature.